Warning: count(): Parameter must be an array or an object that implements Countable in /home/customer/www/everydaymindfulnessshow.com/public_html/wp-content/themes/maronpro/lib/metaboxes/init.php on line 746
 055: Roland Merullo — From Within — A Very Special Conversation with Award Winning Author Roland Merullo - "Everyday MINDFULness" Show

How can we step out of the frenzy of this life and calm our minds? How can we nourish our minds? Many of the thought-provoking quotes explored by CAST members on this show are from the book, Breakfast with Buddha, written by today’s special guest, Roland Merullo. Host, Mike Domitrz, heartily welcomed the opportunity to talk with this inspiring author about the environment that inspires his pure self, how he extracts the beauty of multiple beliefs systems through his books and shares with us something you probably don’t know about Roland…You won’t want to miss this podcast!

[3:21] Mike reads a quote from Breakfast with Buddha and asks Roland if the idea of God and universal energy are the same. 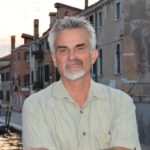 Roland Merullo is an awarding-winning author of 22 books including 16 works of fiction: Breakfast with Buddha, a nominee for the International IMPAC Dublin Literary Award, now in its 19th printing; The Talk-Funny Girl, a 2012 ALEX Award Winner and named a “Must Read” by the Massachusetts Library Association and the Massachusetts Center for the Book; Vatican Waltz, named one of the Best Books of 2013 by Publishers Weekly; Lunch with Buddha, selected as one of the Best Books of 2013 by Kirkus  Reviews; Revere Beach Boulevard, named one of the “Top 100 Essential Books of New England” by the Boston Globe; A Little Love Story, chosen as one of “Ten Wonderful Romance Novels” by Good Housekeeping; and Revere Beach Elegy, winner of the Massachusetts Book Award for nonfiction. His latest novel, The Delight of Being Ordinary, was called “Lucid, unpretentious fiction spotlighting the drama of trying to make the divine part of our everyday lives” in a Kirkus starred review. And Booklist said it was “a charming story celebrating connections over divisions that will especially thrill devotees of Merullo’s Buddha Trilogy.”

A former writer in residence at North Shore Community College and Miami Dade Colleges and professor of Creative Writing at Bennington, Amherst and Lesley Colleges, Merullo has been a guest speaker at many literary events and venues and a faculty member at MFA programs and several writers’ conferences. His essays have appeared in numerous publications including the New York Times, Outside Magazine, Yankee Magazine, Newsweek, the Boston Globe, the Philadelphia Inquirer, Boston Magazine, Reader’s Digest, Good Housekeeping, and the Chronicle of Higher Education.

Merullo’s books have been translated into German, Spanish, Portuguese, Korean, Croatian and Chinese. He is a frequent contributor of commentary for National Public Radio affiliates.

The Sponsors of This Week’s Episode:

Are you a Speaker or Trainer would like to take your speaking to a new level? Join Mike Domitrz at The AHA Center. 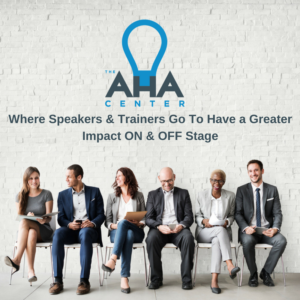 The “Can I Kiss You?” Book & Instructor’s Guide. 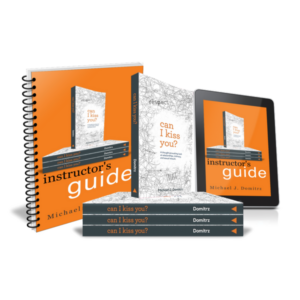