Host, Mike Domitrz, welcomes special guest and international singer, Emmanuel Kelly.  Emmanuel shares his inspiring story of being found in a box in Iraq, to being signed to a recording deal by by one of Hollywood’s most famous producers (including being on Australia’s “X Factor”). Emmanuel has the noble goal of becoming the first differently-abled pop success, and using the recognition to encourage the world and to give people hope. He will blow you away.

[1:30] Emmanuel Kelly shares his story from being found in a box, to auditioning for XFactor.

[16:47] How Emmanuel maintains a place of mindfulness. 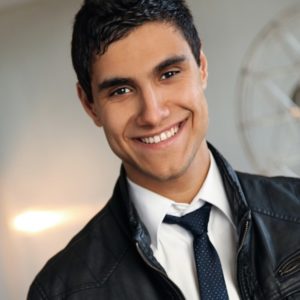 Exemplifying the true meaning of success; Entertainer, Singer, Speaker Emmanuel Kelly tops over 200 million views combined on YouTube. Despite a disadvantaged start in life with limb deficiencies, as a result of chemical warfare, Emmanuel dreams of becoming the first differently-abled pop star.

Emmanuel has inspired tens-of-thousands hearts across the globe on stages such as the MGM Grand in Las Vegas, Mexico, Madrid Spain and most recently on stage with Chris Martin and Coldplay in front of 70,000 people. He inspires both with his singing voice and his voice that speaks quietly the message of responsibility that all of us, regardless of our circumstances can transcend all limitations and… Dream Big.